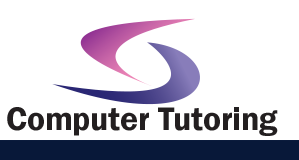 How to group objects in InDesign?

How do you group objects in InDesign? This InDesign tutorial shows you how to select and group objects that have already been grouped in Adobe InDesign. By knowing this you will know how to select images in InDesign along with how to use InDesign to group shapes. You will then see how select objects in a group in InDesign. Then you will learn various selection and grouping methods. Using the layers window you will see which items are grouped and you can using the layers panel, or as some call it, the layers window, you can select grouped objects without having to ungroup them first.

Other InDesign tutorials can be found on the InDesign Online Training part of our website. Or maybe an beginners InDesign training course might be what you need? Find out more at:

As a little explanation for the reason for this tutorial. I was conducting an InDesign training course last week around the Cambridge area. The client was using templates created by someone else. The file that they used was grouped to death. So when anyone clicked on what they thought was an innocent picture or text box, they found that it was inside a group. So they would need to understand how to group text boxes in InDesign. Sometimes inside another group. Hence, with groups within groups within groups it's no wonder that they were tearing their hair out.

Understanding how to use the InDesign Layers panel in conjunction with groups really helps. You can not only see what is grouped but you can also select various objects within the group.